A large part of the anathema surrounding Richard III stems solely from rumour, personal feeling and, in particular, one unforgivable act that he only may have committed. It is a constant plea of the Ricardian movement that the evil of which he is accused during the summer of 1483 is so out of character as to seem impossible; it feels wrong. I thought perhaps it might be worth examining some of the evidence for this previous good character and what it can tell us about Richard, Duke of Gloucester. I recently read a very good article on Livery and Maintenance, a link to which can be found below, on Medievalists.net which I found fascinating and applicable to Richard’s background too.

After Edward IV regained his throne in 1471, much of the Parliament that followed was concerned with the lawlessness immediately prior to and during the re-adeption period. The Parliament Rolls of 1472 record one petition on behalf of a Katherine Williamson who lived in the town of Howden, near York. The petition offers evidence of the gruesome murder of Katherine’s husband, Richard. Whilst “riding and coming from a town called Riccall in the county of York towards his own dwelling-place in Howden” Richard was set upon by three brothers, Robert, Richard and John Farnell, who had lain in wait for him, “defensibly equipped, that is to say with jacks and sallets, and with force and arms, that is to say with bows, arrows, swords and spears“. When Richard Williamson passed, the brothers “made a great assault and affray on him“. They struck him with a spear “so that he fell to the ground beside his horse“. Injured, Richard Williamson was then subjected to an horrendous attack; “the said wrongdoers, having no mercy or pity on him, cut off both the hands of the same Richard Williamson with their swords and one of his arms above the elbow, and hamstrung him and fatally wounded him and left him there for dead, of which blows and deadly wounds the said Richard Williamson died a short time afterwards“. The brothers stole all of the goods that Richard had with him.

The petition continues to detail how the brothers had then been sheltered by their father, Thomas Farnell who, “knowing that all his said sons had committed the aforesaid felonies, murders and robberies” provided shelter to them “on the same day and on several later occasions“. What follows highlights perfectly the terrible inequity of the system of livery and maintenance in the late medieval period. Thomas Farnell sought to enter himself and his three sons into the service of “the most high and mighty prince and most honourable lord Richard, duke of Gloucester” because this should ensure that they would be “supported in their horrible felony” by the maintenance of their new lord. The Medievalists.net article clearly points out that “affinities of magnates were based on ‘maintaining’ the grievances or suits of their members … often to the point where the ‘maintenance’ thereof became an interference with the process of justice“. Clearly, Thomas believed that once they were in the service of the duke, they would be protected from the law’s vengeance for their actions.

Thomas had good reason to assume that this would be the case. Lords built commanding affinities and accrued power and support by ‘maintaining’ the causes of those swelling the ranks of their affinity. Justice was a secondary consideration to the protection of one’s affinity. The men wore the livery of their lord, the badge that identified them as his men, and this afforded them protection too. One hand washed the other so that both might wash the face. The greater a lord’s affinity, the more protection he could offer to those within it and the more powerful both parties became. This was the principle upon which Thomas Farnell relied to protect himself and his three sons.

Livery on the Battlefield

The plan initially worked. Richard took the four men into his service, Thomas “calling himself a servant of the said duke and wearing his clothing, which he had obtained and received by crafty and devious means“. This changed when Richard was “reliably informed and notified of the said felony, murder and robbery“. The duke immediately “commanded that the said Thomas should be brought to the gaol at York to remain there until he was lawfully acquitted or attainted“. Katherine’s petition goes on to request the prosecution of Thomas and his three sons for their crimes and it was granted by Parliament.

Richard, aged around 20 at this point, was defying the accepted principles of retaining and its incumbent injustices. Why would he do this? One possibility is that Richard acted from a position of power, that he did not need these men in his service because he could easily recruit others. In 1472, this might seem premature though. Only the year before, Richard and his king had been driven from the country and Henry VI sat once more upon the throne of England. His position was not yet as certain as it was to become. Alternatively, perhaps Richard acted from a position of weakness, but this would also make little sense. He chose to send Thomas to jail and failing to protect those wearing his livery could only deter men from his household if he were seeking to bolster his position at this time.

The only explanation that really makes sense is that Richard’s personal sense of justice overrode the opaque rules of maintaining his affinity. He did not want murderers in his household and he would not protect them from the equitable course of justice. This was a dangerous precedent and would surely not have gone unnoticed amongst Richard’s fellow nobles.

Yet a lack of ‘good lordship’, which might usually be expected to encompass the protection of those within a lord’s household, is not a charge levelled at Richard, Duke of Gloucester. In fact, the very opposite is true. It was Richard’s ‘good lordship’ in the north for over a decade that made him so popular and respected in that region and which caused men such as Sir Richard Ratcliffe and Sir James Harrington to harbour such personal respect and affection for their lord. The case of the Harrington family’s problems at Hornby Castle is a perfect example. I have previously written about this subject (Hornby Castle: The Price of Power?), but in brief, Richard supported the cause of a family he viewed as loyal to his family’s cause against the increasingly powerful Stanley family. When Lord Stanley used the unrest surrounding the re-adeption to bring up canon to attack Hornby Castle, Richard can be found signing documents “at Hornby“, clearly placing himself between those of his affinity and their enemies. Richard, therefore, was perfectly capable of ‘good lordship’, but appears to exercise it at his own discretion, guided by a sense of justice often absent from these matters. 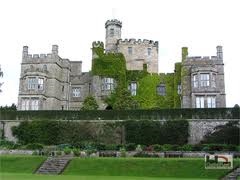 In 1480, John Randson appealed to Richard for aid against Sir Robert Claxton of Horden. Claxton, a leading member of the local gentry, was apparently preventing Randson from working his own land. Additionally, Caxton had a son and a son-in-law in the duke’s service. If social standing were not enough to see Caxton’s case championed, the matter of affinity should have. However, Richard found in Randson’s favour, firmly warning Caxton “so to demean you that we have no cause to provide his legal remedy in this behalf”. Richard was clearly warning Caxton not to make the duke come down there and sort it out! Once more, it can only have been Richard’s sense of natural justice that caused him to act contrary to the accepted norms of the period.

The article at Medievalists.net makes it plain that by this period, the system of livery and maintenance was a corrupted version of what it had been; “the rarification of the practice had obscured the chivalric basis of the system“. The article quotes HM Cam (The Decline and Fall of English Feudalism), who states that the system, by Richard’s time, had become “a parasitic institution … cut off from its natural roots in the soil, and far removed indeed from the atmosphere of responsibility, loyalty and faith which had characterised the relationship of lord and vassal in the earlier middle ages“. Qualities of “responsibility, loyalty and faith” are certainly ones that would leap out in many Ricardian minds as applying directly to Richard III. Did Richard yearn for, and actively promote, a return to these chivalric values? That would seem to be in line with his world view to me. Once king, his parliament of 1484 appears to back up the view of a man concerned for justice, not simply for those who could afford it, but for all.

The article goes on to point out that the final demise of this corrupted system had to wait until Parliament and the law courts matured and became powerful enough in their own rights to end the injustice that had infected the foundation of medieval society. It seems that Richard may have seen this, and perhaps even the necessary fallout of it, the English Civil War, and sought to correct the problem to preserve the society he knew in a form more equitable and sustainable. Perhaps he even believed that this was why he was the right man to be king.

These are just a handful of the many examples of Richard’s ‘good lordship’ and the esteem in which it caused him to be held by some. If it was an act, it was faultlessly maintained for over a decade without any hope of the crown or hint of desire for it. This is why many struggle to see the volte-face that would have this same man murdering his own nephews in the greedy, ambitious pursuit of power. Maybe the tantalising prospect of the ultimate prize in 1483 was enough to change a man.

I wonder how much this troubling obsession with justice for the common man contributed to the later betrayals of Richard by those with a vested interest in the status quo.

The Medievalists.net article “What Was ‘Livery and Maintenance’?” can be found here http://www.medievalists.net/2011/06/24/what-was-livery-and-maintenance/

Matt has two novels available too; Loyalty, the story of King Richard III’s life, and Honour, which follows Francis, Lord Lovell in the aftermath of Bosworth.