Historical opinion often moves in circles on certain topics. Sometimes it’s a slow process and sometimes it happens quickly. The White Queen series stirred up the latent and under-examined but long-standing theory linking Margaret Beaufort to the disappearance and murder of the Princes in the Tower. In short order, the increased attention drew an onslaught of opinion denouncing the theory as impossible, implausible nonsense. The memes below offer a sample of the abuse drawn by the idea. So is this theory really devoid of merit? 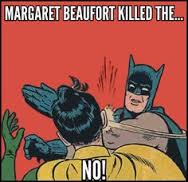 Criminal investigations will frequently look for three elements when trying to establish if someone is a suspect; motive, means and opportunity. Richard III is quite rightly attributed with all three, though his precise motive is open to debate. There are other suspects, but if we concentrate on Margaret Beaufort, can any component be reasonably established for her, accepting that beyond a reasonable doubt is outside the realms of current knowledge? 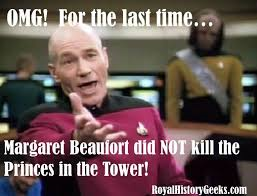 Motive is often denied, since removing the Princes left too many other obstacles in her way to be a realistic attempt at getting her son onto the throne. The facts would tend to give the lie to this view though since her son ended up on the throne and as figurehead for a failed invasion in October 1483. At some point between Edward IV’s death in April 1483 and the rebellion of October 1483 the idea of Henry Tudor as a viable alternative to Richard III was birthed and grew. It cannot be considered beyond the bounds of possibility that the thought occurred to his mother early in the tumultuous events of that summer. It is known that Lady Stanley, as she was then, was in the process of negotiating her son’s return to England with Edward IV in talks that included the possibility of marrying him to one of Edward’s daughters (though probably not Elizabeth). A minority government, with all of its inherent insecurity, was unlikely to see those plans followed through for some time and when Richard became king in his nephew’s place there was also no sign of further talks on this matter. Margaret had come so close to securing her son’s return only to have the hope she nurtured snatched away at the last moment. Would she accept that circumstance willingly? It is true that she had endured the separation for years to that point, but having come so close must have made her more desperate for a reunion with Henry.

It might have become clear to Margaret that her son was not going to be allowed to return peacefully at any time soon and that an invasion was the only chance of getting him back. The aftermath of Richard III’s assumption of power presented an opportunity that the last ten years of Yorkist security had not for the pursuit of Margaret’s desire to have her son back by reigniting dormant Lancastrian sympathy and marrying it to the portion of Yorkist supporters unwilling to follow Richard III. It perhaps bears consideration that if Richard killed the princes with the motive of securing his position, he failed. If Margaret had it done to further her son’s prospects of a return, she succeeded. That fact proves nothing, of course, but it is food for thought. 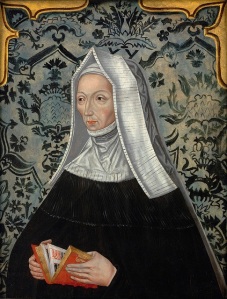 As to means, this is every bit as contentious as the motive aspect. I have seen it argued that Margaret was a disgraced and punished nobody, married to an unimportant minor nobleman. This is rubbish. Margaret’s property was seized and given to her husband, but only after the October rebellion that aimed to put her son on the throne. A part of the reason that Margaret had been able to make three (if we ignore the first to John de la Pole as she did) good matches was that she was an immensely wealthy woman who controlled, or offered her husband control of, vast estates and income. The reason that she was deprived of her property after the rebellion was precisely that she had funded much of it, sending cash to her son in Brittany and then France. She had the means to orchestrate an invasion from within England, so why would access to the princes be beyond her? Far from being a woman restrained by sanctions, in the summer of 1483 Margaret could hardly have been closer to the centre of power. Perhaps Richard III felt the need to court or pacify the Stanleys, because at the joint coronation on 6th July, Margaret carried Queen Anne’s train, walking ahead of Richard’s own sister, the Duchess of Suffolk. Her husband, Thomas, Lord Stanley walked only a couple of places behind the king, bearing the mace of the Lord High Constable, a great office of state previously held by Richard himself and placed in the hands of the Duke of Buckingham, but which Thomas Stanley would acquire after the October rebellion. 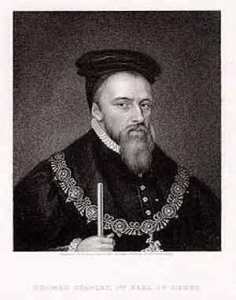 Does all of this power and influence translate into the means to secure access to the princes for someone tasked with killing them? The denial of this relies on two more long-standing fallacies. The first is that the princes were thrown into a deep dark dungeon and treated as prisoners. There is simply no evidence of this. They were moved from the royal apartments where Edward V had been preparing for his coronation, as tradition dictated, because those apartments were in turn required for Richard and Anne to prepare for theirs. There is talk in contemporary accounts of them being withdrawn into the castle and seen less and less, but they were seen, exercising, shooting their bows and playing after Richard’s coronation – not languishing in a dank dungeon somewhere. Their servants were removed and replaced, most likely not because those servants were loyal to Edward V but to the Woodvilles, particularly Anthony, who Richard had arrested for treason and whose sister, the dowager queen, had fled into sanctuary and was refusing to talk to the government, even before Richard was asked to take the throne. None of this would necessarily prevent access to them being secured by a woman so close to the court that she had just carried the queen’s train at the coronation and not associated with the Woodvilles.

The other great misconception is that the Tower of London was a locked and bolted prison, a dark place with a sinister character. That was not true until the Tudor era, when palaces further along the Thames were preferred and the Tower earned its brutal reputation. The Tower was a functioning royal palace, a busy and bustling place where the Royal Treasury was frequently housed, Council meetings held and military provisions stockpiled. There must have been a steady stream of deliveries of food and goods as well as a standing staff to run the Treasury and the other more permanent functions of the Tower so that even when the royal household wasn’t in residence to swell the numbers further, it would hardly have been a deserted place impossible to access, even without the influence then wielded by Lord and Lady Stanley.

Opportunity is closely linked to the conditions above. If we accept that the princes were not closely guarded prisoners hidden deep within the bowels of the Tower, that in the summer of 1483 Lord and Lady Stanley were riding high in royal favour and were yet to attract suspicion and that access to the Tower, whilst perhaps not wide open to every resident of London, was not impossible in a working palace with regular comings and goings for people of such influence as Lady Stanley, then opportunity becomes easy to establish. 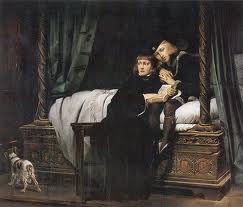 The Princes in the Tower

There is a clear indicator that Margaret Beaufort’s work on her son’s behalf in the late summer of 1483 was advanced, ran deep, was secret and relied on the death of the Princes in the Tower. It was Margaret who opened up a clandestine line of communication to Elizabeth Woodville in sanctuary at Westminster Abbey. Margaret used her physician Lewis Caerleon, who posed as Elizabeth’s physician, to pass messages between the two women. That is how Margaret secured Elizabeth’s agreement that their children should marry and together they should promote Henry Tudor’s prospects of taking the throne. For Elizabeth to agree to this, she must have believed her sons were dead and their cause lost, so that marrying her daughter to Henry Tudor represented the only course open to her out of sanctuary and back to power. Given that no one, contemporary or otherwise, knows for certain the fate of the Princes in the Tower, how could Elizabeth, from the isolated seclusion of sanctuary, have got news so definite that she gave up on her sons? The obvious answer is from Margaret Beaufort, via Dr Caerleon. If it was part of her plan to pass this story to Elizabeth to improve her son’s cause, then their murder was part of her thinking and she just might have planned to organise it too.

I don’t know that Margaret Beaufort was involved in the fate of the Princes in the Tower, but it is clear that she exploited the idea of their murder to further her son’s cause. Buckingham is as strong a suspect and Richard III must remain prime suspect (if we believe there was a murder at all, which is another matter). My point here is that all of those who sneer at the notion that Margaret Beaufort could have been involved are, in my opinion, wrong. Margaret had motive, means and opportunity, and that makes her a suspect.