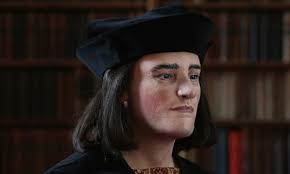 The 13 June 1483 is a big day in the Ricardian calendar. For a long time, the events of the Council meeting that took place at the Tower of London on that morning have been a source of consternation for those with a positive view of Richard and of vindication for those who imagine him in a more negative way. I think it’s time this was put to bed and the arguing stopped.

If you want to get a real grip on the technical issues outlined here, you really can’t go wrong with Annette Carson’s Richard Duke of Gloucester as Lord Protector and High Constable of England. It’s a heavyweight piece of academic work that essentially blows centuries of misunderstanding out of the water.

When Richard ordered the execution of Lord Hastings as the Council meeting descended into chaos, he was labelled a murderer and that particular piece of mud has stuck ever since. I have heard even the most die-hard Ricardian struggle to explain away this act and have to concede that it was his one proven act that can’t be excused. Well, here is how you excuse it.

The traditional story tells us that Lord Hastings wrote to Richard in the north to tell him of the death of his brother Edward IV, the suggestion at least being that the Woodville family of Edward’s wife were planning to keep the news from Richard and have the Prince of Wales crowned as Edward V before Richard knew what had happened, thus bypassing the Protectorate that Edward IV had wanted to put in place to secure the kingdom for his son. Lord Hastings was personally at odds with Thomas Grey, one of Elizabeth Woodvillew’s sons from her first marriage, and possibly feared a diminishing of his own position if the queen’s family snatched power.

Lord Protector is a peculiarly English position that doesn’t seem to have any parallel in medieval Europe. Regents would usually be installed to wield the power of the monarch whilst they were underage, but when Henry V died, a very different arrangement was established. Power was separated for the minority of Henry VI into three discreet silos. The person of the infant king and responsibility for his education was given to Thomas Beaufort, Duke of Exeter (and Richard Beauchamp, Earl of Warwick after Exeter’s death). The Council would operate the government day to day and Humphrey, Duke of Gloucester was to be Protector of England. The final settlement was not quite what Henry V had envisaged, which demonstrates the immediate end of a king’s authority on his death.

The key point about the role of Protector was that it had no responsibility whatsoever for either the person of the king or the operation of government, though the Protector was expected to also sit on the Council and be a prominent member. The responsibility of the Protector was nothing more or less than the security of the nation. The Protector essentially had military authority in domestic and foreign affairs, though in Humphrey’s case his brother John, Duke of Bedford actually acted as regent in France.

That means it has little to do with the events of 13 June 1483. I just wanted to set it out anyway.

The key consideration for Richard dealings with Lord Hastings is his position as Lord High Constable of England, an office he had held since October 1469, when he was appointed for life. Apart from the period of the readeption, Richard had acted as his brother’s Lord High Constable for almost fifteen years, since he was seventeen. He had wielded the powers of this office for the entirety of his adult life and would have been utterly familiar with them and completely confident in their application.

For the purposes of this incident, the significant power of the Lord High Constable was the authority to conduct a summary trial for treason, decide a sentence and enact it based on evidence that he had seen. The Lord High Constable could legitimately and legally act as judge, jury and executioner. It’s an inequitable arrangement that may jar with modern sensibilities, and indeed with medieval ones too, but it was designed to empower the Lord High Constable to protect the monarch from the threat of treason.

On 13 June 1483, most of the Council met at another location as Richard, the Duke of Buckingham, Lord Stanley, Lord Hastings, Bishop Morton and Bishop Rotherham gathered at the Tower, nominally to conclude arrangements for Edward V’s coronation. Thomas More dramatized the events that followed as Richard left the meeting, returned and almost immediately cried treason. A scuffle broke out as guards entered the room, Lord Hastings was arrested, dragged outside and beheaded in the Tower grounds.

The important part here is Richard’s cry of treason. Interestingly, even later Tudor chroniclers seem to concede the Lord Hastings was up to something behind Richard’s back. Polydore Vergil wrote that even before Richard arrived in London, Lord Hastings ‘called together unto Paul’s church such friends as he knew to be right careful for the life, dignity, and estate of prince Edward, and conferred with them what best was to be done’.

Grafton wrote that ‘Lord Stanley sent to him [Hastings] a trusty and secret messenger at midnight in all the haste, requiring him to rise and ride away with him’. Thomas More claimed that the lawyer William Catesby went to Richard and that ‘Catesby’s account of the Lord Hastings’s words and discourse, which he so represented to him, as if he had wished and contrived his death’. Furthermore, Grafton added that Richard gathered the aldermen on London together immediately after the execution and provided them with evidence ‘that the Lord Hastings and other of his conspiracy had contrived to have suddenly destroyed him and the Duke of Buckingham there the same day in council’, which satisfied them.

Was the evidence fabricated? Some will claim every piece of evidence in June and July 1483 was. Were the stories that reached Richard’s ears lies? If so, he might still have legitimately believed them in the tense and confrontational atmosphere of London, a city and political animal he was unfamiliar with, at least compared to others he might have been told were aligning themselves against him.

These questions are hard to answer and will ultimately be influenced by your own perception of Richard. Whether his actions were morally right or wrong is open to debate, but the legality shouldn’t be. Richard had the power and authority for every action that he took, given to him, ironically perhaps, by his brother Edward IV in most cases. His powers as Constable mean that he could call a Court of Chivalry and summarily try, judge and execute William, Lord Hastings based on evidence that he had seen, and which he reportedly shared subsequently with the authorities in London so that they offered no protest at his actions. If reports were reaching him of treason, along with the evidence he shared, then he was perfectly within his rights to act decisively. Those were the powers Edward IV gave him and which he had exercised for his entire adult life.

Even if Richard fabricated the plots and the evidence, the deception was made a legal execution, not a murder. There had been due process, even if we wouldn’t recognise it as such today. If Richard is given the benefit of the doubt, and the reports of later Tudor writers suggest there was plenty going on behind his back in London at the time, then he was reacting to threats that he perceived in order to protect the safety of the monarch, which was precisely why Edward IV gave him those powers. He might not have envisaged them being used against one of his best friends, but he might not have complained either if Richard could prove it was necessary – and according to Grafton, he could, and did.

So, nothing illegal here as far as I can see. Moral judgement is another matter, but Richard did not act illegally in the death of William, Lord Hastings. It was an execution, not a murder, and that fact should no longer be a matter of debate.

You can get a copy of Annette Carson’s Richard Duke of Gloucester as Lord Protector and High Constable of England here – and I thoroughly recommend that you do!

Matt’s book Richard, Duke of York, King By Right, reveals a very different man from the one who has passed into myth amongst the stories of the Wars of the Roses

A new biography of Henry III: Son of Magna Carta is available now from Amberley Publishing, seeking to uncover the true story of a king all too often forgotten to history.

Matt has two novels available too; Loyalty, the story of King Richard III’s life, and Honour, which follows Francis, Lord Lovell in the aftermath of Bosworth.

The Richard III Podcast and the Wars of the Roses Podcast can be subscribed to via iTunes or on YouTube.